What is a Chromecast?

Chromecast is a range of media player devices developed by google. The devices allows users to mirror, cast and stream content from their smartphones to their TV over a Wi-Fi connection. Users can also stream their PC or computer screen to the TV using Google Chrome.

Chromecast is one of the most popular streaming devices nowadays. Many apps, games and programs come with built-in chromecast support which makes it possible to mirror content to your TV screen. For example Netflix and YouTube both offer in-built chromecast support.

An easy setup procedure via the Google Home App, convenience, affordable prices and 4K content compatibility are just some of the advantages the Chromecast provides.

Over the years, Google has released its Chromecast in many different sizes, shapes and functions. Here are the different types of Chromecast devices available today

The Chromecast Ultra is capable of handling  4K HDR streaming effortlessly while also being able to play 1080p content seamlessly. Its definitely a powerful streaming device that comes at a relatively higher cost than some other streaming devices out there.

Another advantage of the Chromecast Ultra is that it comes with an ethernet adapter while also offering faster streaming with impeccable video quality.

Instead it promises great value, priced at almost half of that of the Chromecast Ultra! Its still possible to stream movies in 1080p with the Chromecast 3rd generation, however it does not come with an ethernet port.

It comes packed with some nice features including support for 802.11ac Wi-Fi at both 2.4GHz and 5GHz for easy setup and good quality. 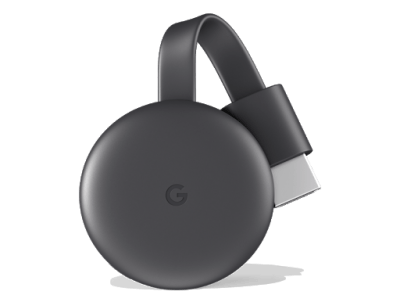 If you don’t have a 4K TV, or are looking for an affordable streaming device with 1080p streaming support, then you should go for the Chromecast 3rd generation. On the other hand, if you do have a 4K TV and can afford it the extra cost, then Chromecast Ultra is the ideal pick for you.

Let us know what you think is the better device out of the two in the comments section. As always, don’t forget to like, share and leave your valuable feedback and suggestions.